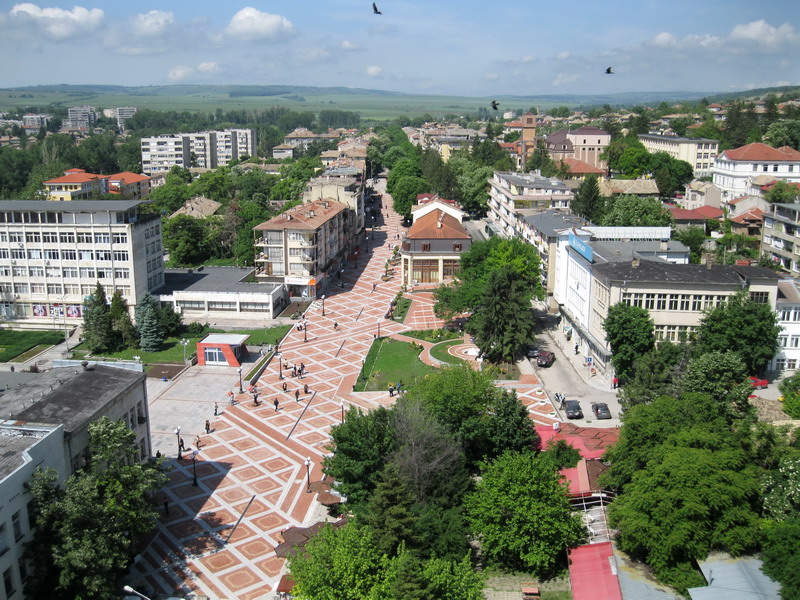 Municipality of Popovo is situated in the Northeastern part of the Republic of Bulgaria in the District of Targovishte. Bordering is the municipalities of Targovishte, Antonovo, Strazhitsa, Byala, Dve Mogili, Opaka, Tsar Kaloyan, Razgrad and Loznitsa.

The population of the municipality is about 33 213 people.

In the last few years, development and tourism have been made, using the favorable location of the town to other larger settlements, the natural assets of the region and its cultural wealth.

Various projects won by the municipality administration and by non-governmental organizations are being repaired in the central part of the city and its neighborhoods, water supply, sewerage, streets, municipal buildings (schools, chitalishte, community centers) and its public works in general Popovo to become a more attractive place for life and business.

There are 6 full-day kindergartens, 10 elementary schools, 3 high schools, two of which are professional and 33 community centers.

Cultural and natural landmarks in the municipality are:

– Orthodox Church of St. Archangel Michael in Popovo – an almost Revival complex consisting of a neat white church with beautiful frescoes, a bell tower, a stone fence and a quiet courtyard with vineyards, a fountain, flowers and memorial tablets, and the tombs of priests;

– The Late Roman fortress and the town of Kovachevsko Kale – it is located about 4 miles west of the center of Popovo, in close proximity to the modern road Popovo – Byala;

– Traditional architectural and ethnographic complex – tourists are acquainted with the trap culture, try the local dishes and participate in the typical for this region crafts. Here tourists have the opportunity to choose between three routes, including visits to archaeological, historical and cultural sites;

– 12 miles south of Popovo, along the beautiful and picturesque valley near the Bouwuk Dere (Big River), an 8-mile eco-path is built. The eco-trail is situated between the villages of Ivancha and Dolets. This is one of the most beautiful places for the beauty connoisseurs and nature lovers, situated on the natural border between the Balkan and the Danube Plain;

– “Kavatsite” Dam – located in the vicinity of the town of Popovo. A very suitable place for relaxation coupled with sport fishing with tickets;

– The Kakalov hill – the highest part of the Popov Heights (488 m). It is located between the villages of Kovachevets, Palamatsa, Golyamo Gradishte and Tsar Assen. There is the third highest point in the Danube Plain;

– On the territory of the Municipality of Popovo is located the healing holy spring with a chapel in the village of Zvezda.