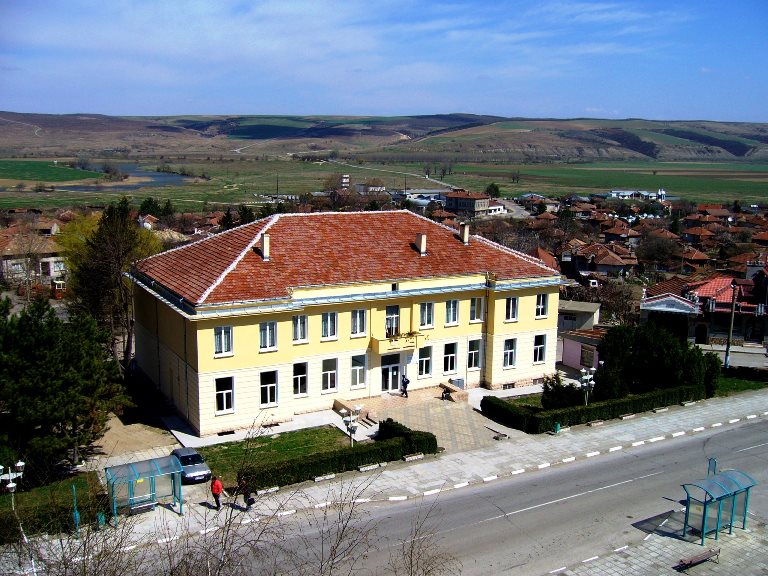 Municipality  of Tsenovo is situated along the lower Yantra River in the Danube Hilly Plain.

The municipality has the opportunity to develop river transport along the Danube River.

Through the municipality pass 4 roads from the Republican Road Network of Bulgaria.

The municipality has a rich archaeological heritage. In the village of Krivina in the 4th century the castle “Jatrus” grew – one of the significant Roman military centers along the Lower Danube. The open archaeological excavations are the remains of a Roman and early Byzantine city destroyed by the Avars at the beginning of the 7th century. On its ruins in the 7th – 8th century, there is a Bulgarian settlement protected by a massive stone fence with towers built outwards. In 1958 the eastern gate, public and private buildings, two old Christian basilicas were found, many iron swords, ceramics, X-century gold coins, tools of labor, etc. were found. Only 1 mile north of the village of Belyanovo, carved in the rocky right bank of the Yantra River, a rock church with frescoes was discovered. Only 1 mile to the north of the village of Karamanovo were found tombstones in Latin. Only 1 mile to the west and southwest of the village of Novgrad were discovered various archaeological finds: stone satin phases, chrome, tools of labor and agricultural tools of stone, flint, bone, bronze, iron, fibulae, applications, emperor Justin (565-578) pieces of various dishes. In the vicinity of Tsenovo, a treasure of gold and silver crockery, two silver bracelets, a ring with inscription, fibula, silver trim and 1200 coins was discovered in the Guttula locality.

The main cultural and natural landmarks in the municipality are:

– Ethnographic museum in the village of Novgrad – consisting of 9 halls, revealing the livelihood, the lifestyle and the culture of the region. You can see discovered archaeological finds from BC; exhibits related to the detachment of Hadji Dimitar and Stefan Karadja; crafts of the people of the past – livestock, agriculture, beekeeping; modern life is also shown – economy, education and life before democratic change;

– Bust monument of Dimitar Apostolov Tsenov in the village of Tsenovo;

– Lenin Monument in the village of Novgrad – the only settlement in Bulgaria whose center has a preserved monument of Lenin in full height;

– The Iron Bridge over the Yantra River – located less than 1 mile east of the village of Tsenovo. The bridge is 85 metres long and 3 metres wide;

– Orthodox Cross “Monument Symbol” – located in the immediate vicinity of the village of Tsenovo in the southeast of the “Bog Bair” area. The monument is in the form of an orthodox cross, 18 metres high. It is illuminated at night and symbolizes the faith of the people.

– Historical reserve Tekir Dere – located near the town of Svishtov, about 14 miles from the village of Tsenovo.