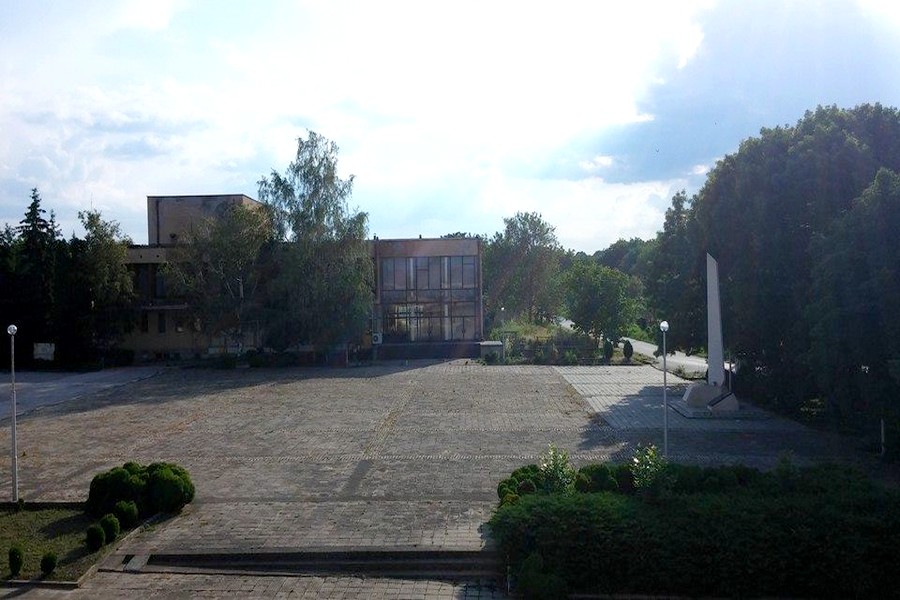 The village of Ivancha is a village in Northern Bulgaria, in Municipality of Polski Trambesh, District of Veliko Tarnovo.

To the north of the village flows the Elia River, which is a tributary of the Yantra River.

In the village there are fully constructed electricity and water supply installations. There is a town hall, a post office, a community center, a kindergarten, shops and restaurant. The closest educational and hospital establishments are located in the town of Polski Trambesh.

In the past, Ivancha was a prosperous village with a population of about 2 000, but today the population is about 423 people.

In the village of Ivancha was made  a monument of the 10 God’s commandments on the initiative of the local people and on the back of it are written the ten rules of the charter of the settlement.

The village has its unique collection of unique Bibles. In the glass windows of the second floor of the community center “Prosveta 1896” are arranged 62 books with the Holy Scripture. Among the valuable exhibits are a 1961 bible that flew with an American astronaut in space. Next to it, a bible, which was owned by a Frenchman who participated in the Second Sacred War, was placed in a prominent place. The collection also contains bibles from Zagreb, Serbia, Croatia, originals of all the editions of the Holy Synod. A special place is dedicated to pocket-size Bibles. In the exposition hall can be seen another clay pot with parchment scroll and typewriter, which are more than a century old. A prototype model of the Holy Ark, in which the tablets were preserved with God’s holy law, is also visible.

In 1874, the church of “St. George” was built entirely of hewn stones, and since 1956 there is no priest, but everything in there is preserved and maintained by the local people.

Near the village are the following landmarks:

– Historical Museum in Polski Trambesh – one of the youngest historical museums opened in 2007;

– The ruins of the Roman and Early Byzantine town of “Nikopolis ad Istrum” – located about 12 miles north of the city of Veliko Tarnovo, on the road to Ruse, about 12 miles from the village of Ivancha and only 1 mile southeast of the village of Nikyup. They are located on a high plateau on the banks of the Rositsa River. “Nicopolis ad Istrum” in translation means “The City of Victory on the Danube”.

– The Kolyu Ficheto Bridge over the Yantra River – is located near the town of Byala, District of Ruse, about 18 miles from the village of Ivancha;

– The Transfiguration Monastery – is located 4 miles away from Veliko Tarnovo, under steep rocks above the left bank of the Yantra River, near the village of Samovodene and 25 miles from the village of Ivancha. It is the largest of the monasteries in District of Veliko Tarnovo.