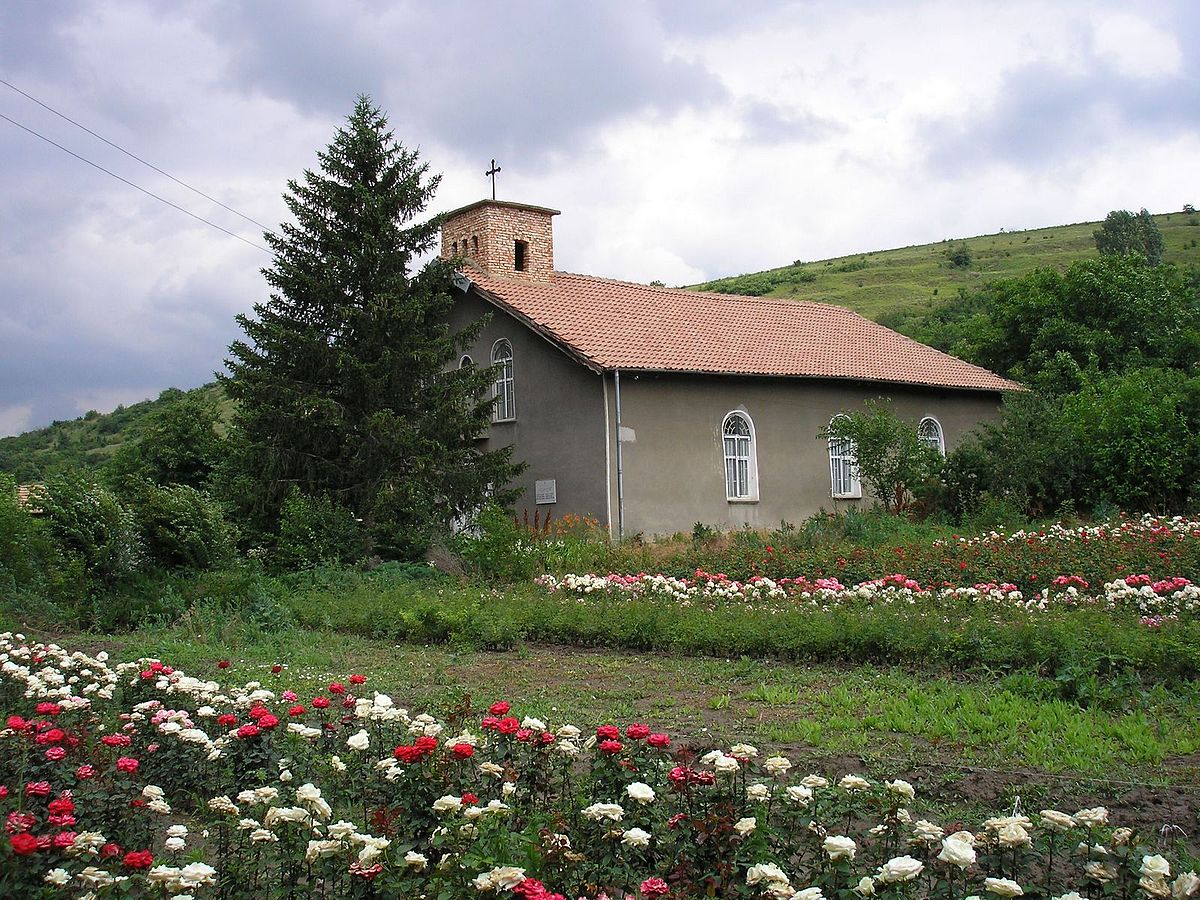 Dragomirovo is a village in Northern Bulgaria. It is located in the Municipality of Svishtov, District of Veliko Tarnovo.

The population is approximately 654 people.

In the village you can find everything needed for everyday life. There are fully built electricity and water systems, also there are shops, local pubs, a post office, a petrol station, a community center, a church, etc.

Dragomirovo benefits with regular bus and train transport, which provides links to the country. The third-class republican road 302 and the railway line Svishtov – Troyan pass through the village.

Dragomirovo was named after the famous Russian General Mihail Dragomirov, who led the Russian troops when they forced the Danube River near Svishtov in the night of 28.06.1877.

The soil is extremely generous which is why most of the local people work in agriculture.

The “Black Mound” Area, as the extinct volcano in Dragomirovo is called, is an area with an area of 112,063 decares, and it has a rich biological diversity. Among the species are Ponto-Sarmatian deciduous shrubs, Pannonian – loess steppe grasses. Of the animal species, the Dobrudzhanski hamster with the Scientific name – Mesocricetus newtoni and the Greek tortoise (spur-thighed tortoise) with the Scientific name – Testudo graeca are especially valuable.