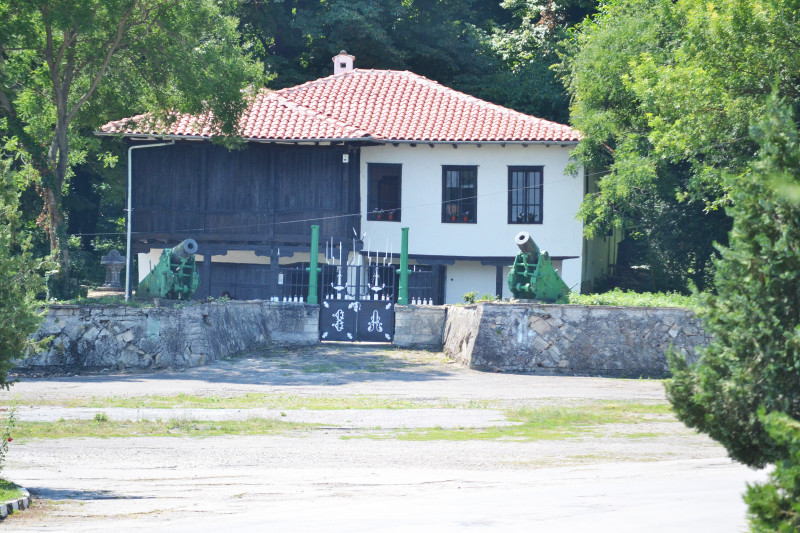 Gorna Studena is 19 miles from Svishtov and the Danube. The village is large and well-developed, with good infrastructure. It provides all basic amenities, such as shops, bars, a historic museum, a church built in the 19th century and regular bus transport to neighbouring towns and villages.

Curious fact – Studena Point in the Anvers Island in the Palmer Archipelago, Antarctica is named after the Gorna and Dolna Studena villages.

Gorna Studena is very well located next to the main road Sofia – Pleven – Ruse/Sofia – Pleven – Veliko Tarnovo. Its vicinity has a number of small lakes and dam, providing great conditions for fishing and outdoor recreation. The nearby Village of Ovcha Mogila is known for its mineral water-wells and spas.

THE VILLAGE OF OVCHA MOGILA & ITS CURATIVE MINERAL WATERS:

The availability of curative mineral waters defines the development of the Village of Ovcha Mogila as a SPA resort. The climate is temperate continental. The average annual temperature is 12oC. The mineral waters are hyperthermal, moderately mineralized and slightly alkaline. They contain chloride, sulphates, sodium, calcium, and little amount of iodine, bromine, fluorine, and potassium. The influence of the mineral waters is especially favourable for: – Diseases of the locomotory system – Diseases of the nervous system – Gastric and liver diseases – Metabolic disturbances – Skin diseases – Gynecological diseases

The highest and most beautiful waterfall in Bulgaria – Krushuna Waterfall – is located only 25 miles away from the Village of Gorna Studena.

It’s a very peaceful and well appointed village, offering perfect conditions for year round living. And the easy access to the Towns of Levski, Pavlikeni and Svishtovmakes it even more attractive.

IT’S A VERY ATTRACTIVE AREA. THERE ARE ALREADY SOME FOREIGN INVESTORS THERE!!

The coastal City of Varna with its famous beach resorts and international airport is about 145 miles away.

The village is located approximately 140 miles to the capital City Sofia & International Sofia Airport, and about 95 miles away to the City of Bucharest (RO) and its International Airport “Otopeni”. Also not too far is the lovely architectural City of Ruse, only 54 miles away, bordering Bulgaria and Romania on the Danube River.

It is only about 40 miles to the historical and touristic City of Veliko Tarnovo. Located on the famous “River Yantra” (the 3rd longest Bulgarian tributary of the Danube River), “VT” is one of the most popular destinations for tourists in Bulgaria. From its rich historical value to its thriving modern nightlife and lush natural surroundings that provide many excellent opportunities for outdoor recreational activities, Veliko Tarnovo offers you everything you could ever want for the perfect holiday!! Next to Veliko Tarnovo is the famous Ski Resort Uzana.