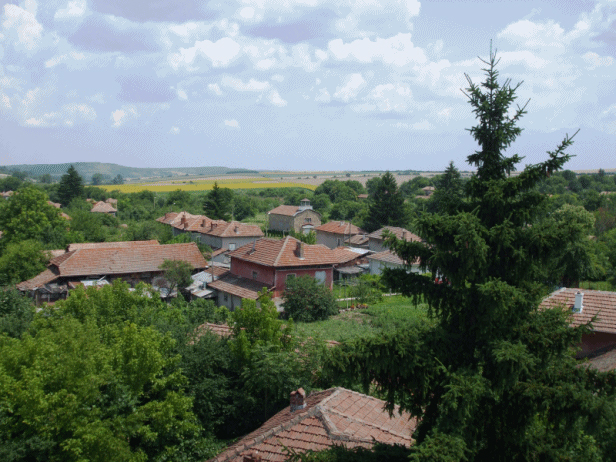 Situated in the middle of the Danubian Plain, northwest side on 27 miles away of the historic City of Veliko Tarnovo and 4 miles away on the north side of the town of Pavlikeni is a little village with a big history, which was called before Patreshnitsa, and now is called Patresh

The Village of Patresh is located in Municipality of Pavlikeni, District of Veliko Tarnovo.

Patresh is located in three short hills, in which has 2 little rivers. The rivers under the village gave the beginning of the small Elia River, which is part of the Yantra River.

There are 2 big main roads in Patresh – the first one is for the town of Pavlikeni and the second one is on the East side of Patresh, leading to the town of Polski Trambesh.

The population of the village is about 456 people.

Many objects from the old times were found in the village such as coins, things that people used in their daily life, etc. Some of them were found near river Elia. In the Middle part of Patresh were found a little stone ax, some parts of a spindle, a clay pot and a clay jug. These objects prove that 2000 years ago Thracians lived on Patresh land.

There is a historical museum in Pavlikeni where you can see some of the things.

In 1982 was found a statue of woman, which was given to the musem in Veliko Tarnovo.

Near the village are the following landmarks:

– In 2015 the village won a project “Mestni initsiativi”. The projec is inspirited by romans time and in the village is built a building, which reminds of the roman times. It is in the park near the town hall;

– Musinska Cave – in the village of Musina, 14 miles away from Patresh. The cave is 382 meters long and is fully learned and mapped by cavers;

– The Historical Museum in the town of Pavlikeni – the museum keeps a very interesting exhibit – Eternal calendar. It was created before more than 140 years by an idea of Father Matthey Probrajenski and developed by a famous master woodcarver from the town of Tryavna;

– The bell-tower in the town of Byala Cherkva – one of the many cultural sights of the town. Only 6 miles away from the village of Patresh. The bell tower is 25 meters high. In 1929 there was installed a clock which is working today.