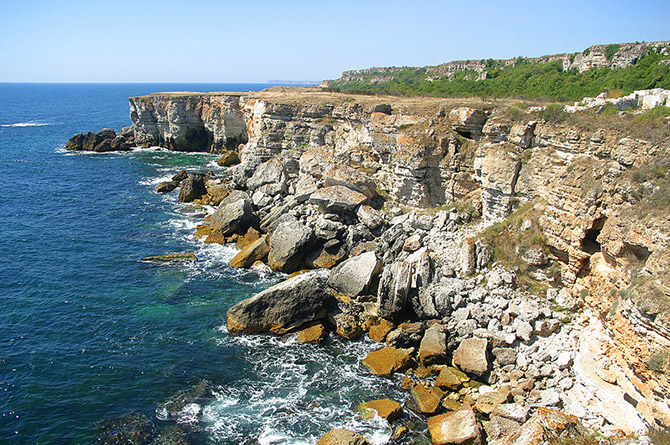 District of Dobrich is situated in the eastern part of the Danube Plain. It borders the districts of Varna, Shumen and Silistra.

The region has a rich variety of natural and archaeological sites – Shabla and Durankulak lakes, Kaliakra, sea resorts, museums with rich archaeological and ethnographic exhibitions and many others.

The area is also known for lavender cultivation. The areas with lavender in the District of Dobrich are about 25 thousand decares. In recent years, Bulgaria has been the world leader in lavender growing and lavender oil production.

Dobrudja is called “The Granary of Bulgaria” – the natural conditions, especially the soils and the climate are extremely suitable for growing grain and some technical crops such as wheat, soy, maize.

On the coast of Dobrudja are some of our most beautiful resorts and resort towns and villages – Albena, Rusalka, Balchik, Kavarna, Kranevo. There are still long stripes of beach, undeveloped and unpolluted by human activity. This is an excellent prerequisite for the development of summer tourism in the region.

The most interesting cultural and natural landmarks in the area are:

– The Animal Protection Center in Dobrich – the only one in Bulgaria and the Balkan Peninsula. It was opened in 2003. It is a unique combination of a park with a zoo. On an area of ​​16 hectares, very rare animals can be seen;

– The “St. George” Temple – is located in close proximity to the Ethnographic House. It was built in 1843. The architectural style is a classic three-nave basilica. It is supposed to be the work of the famous master Kolyo Ficheto or his students. It impresses not only with its unique architecture for the Dobrudja region, but also with its frescoes and also with the collection of icons painted by Debar master painter Zograf Kozma Blazhenov.

– House Museum “Yordan Yovkov” – located in the central part of Dobrich. It restores the situation in which the writer lived and worked in 1918-1919.

– Late Antiquity and Medieval Fortress “Palmas” at the eastern end of the village of Onogur. Along the road was the Roman road Durostrum – Marcianopolis.

– Kaliakra Fortress – Kaliakra is a long and narrow cape on the Bulgarian northern Black Sea coast, in the southest part of the Dobrudja plateau. It is located near the villages of Bulgarevo and Sveti Nikola, 7 miles from Kavarna and 37 miles northeast of Varna. The nose is taken 1 mile into the sea and resembles a peninsula, it is a natural and archaeological reserve and one of the 100 National Tourist Sites. Here nests the Aristotelian Cormorant, and dolphins can be observed.

– Archeological Park “Durankulak Lake” – located near Shabla and 2 miles from the border crossing point Durankulak. Among the scientific circles he is known for: The first processed gold of the Stone-Copper Age; With the oldest stone architecture in continental Europe; With the world’s largest and most prehistoric necropolis; With the cave temple of the Thracian-Phrygian Great Goddess Mother Kibela and with the only one in Bulgaria studied on its entire territory a Proto-Bulgarian settlement with a necropolis from the IX-X c.

– Shabla Lake Complex – located about 2 miles from Shabla. The protected estuary combines two natural coastal lakes in Shabla and Ezeretz, connected by an artificial canal. Here are plants that rarely can be seen in other places. Of particular importance to the bird fauna.