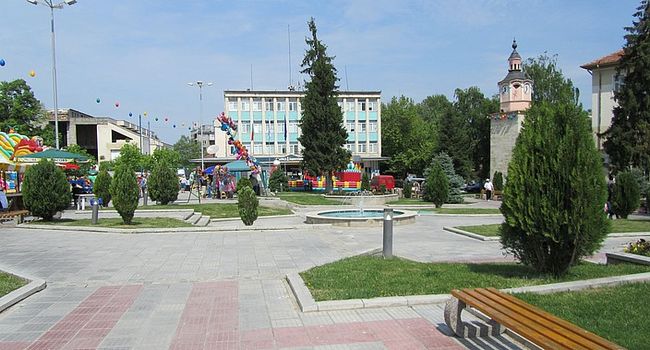 Byala Municipality is a municipality in Ruse Province, Central-North Bulgaria, located in the Danubian Plain about 12 miles southeast of Danube River. It is named after its administrative centre – the town of Byala.

The population in the municipality is about 14,962 inhabitants.

The area is crossroads of some of the main directions in the country – road E85, road E83, I-51 and I-52, which connect the province centre of Ruse with the cities of Veliko Tarnovo, Pleven, Svishtov and respectively the country capital of Sofia and Shipka pass. Yantra river flows through the area from south to north.

Some of the biggest landmarks in the municipality are The Historical Museum in Byala and The Byala Bridge.

The Museum in Byala is a municipal cultural institute, comprising in its structure five departments – Nature, Art, Archeology and Numismatics, Ethnography, New and Recent History. It supports all inherent activities for its account. Withstanding some difficulties in its development in recent years, the Museum has the potential and could become more heavily in the local and national cultural environment.

The exposition at the Historical Museum in Byala presents events related to the Russian-Turkish War of Liberation. The two-storey building of the museum, once functioning as a Turkish dwelling, carries the Revival spirit and is the work of Bulgarian masters. In the yard are located original cannons, 5 ten-piece machine guns Nobel, projectiles, chargers and enclosure mines Hertz.

The Byala Bridge is situated at the northeastern part of the town of Byala, District of Ruse. It was built over the Yantra River in 1865-1867 on the orders of Mithat Pasha, Vali of the Danube Vilayet. Its construction was necessitated by the new road crossing the Yantra River at the town of Byala that connected Ruse, the main town of the Danube Vilayet, with Tsargrad, the capital of the Ottoman Empire.

Polish engineer Lyudmil Rola who was in Mithat Pasha’s employment demanded to be paid 3 million groschen in order to build the bridge, while master Kolyu Ficheto, the most famous master builder from the Bulgarian Revival Period, agreed to construct it in exchange of 700 000 groschen and he put his honour and life at stake.