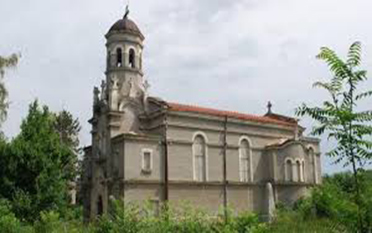 The village of Babovo is only 2 miles away from the banks of the Danube River, on a high plateau, that protects the village from the spring floods of the river.

The population is approximately 459 people.

In the village of Babovo, there is a town hall, a post office, a community center, a restaurant, shops, and recreation area with a playground.

There is regular bus transport to and from the nearby villages and cities.

The local legend about the history of the village tells that it originated from an inn located on the road. The inn was owned by a grandmother (“baba”in Bulgarian) who was a very good housewife and cook. Over the years, people began to settle around the inn and hence the name of the village Babovo.

The village was renovated in the 1950s. At that time the population was over a thousand people, but it was gradually decreasing. Interest in the village is revived because of the quietness and beautiful nature. In 2006 repair works were undertaken in order to improve the infrastructure of the village.

– The Orthodox Church “Holy Trinity” – in the village;

– The “Kalimok-Brashlen” Nature Park – Since 2005, a project has been launched to restore the swamps around the village. The place has been declared a Kalimok Nature Park and covers a large area around the villages of Babovo, Brashlen, Golyamo Vranovo and Ryahovo in the Municipality of Slivo Pole, and the town of Tutrakan and the villages of Nova Cherna, Staro Selo and Tsar Samuil in the Municipality of Tutrakan. In Kalimok-Brashlen the flora is represented by 109 species of algae, 10 species of mosses, 16 species of fungi, over 300 higher plants, over 240 species of birds. In the protected area there can be found marsh snowdrop, which is in the red book of plant species;

– An ancient Thracian tomb has been discovered on the land of the village in the “Kalimok-Brashlen” Nature Park;

– The picturesque banks of the Danube River provide great opportunities for recreation, hunting, and fishing.