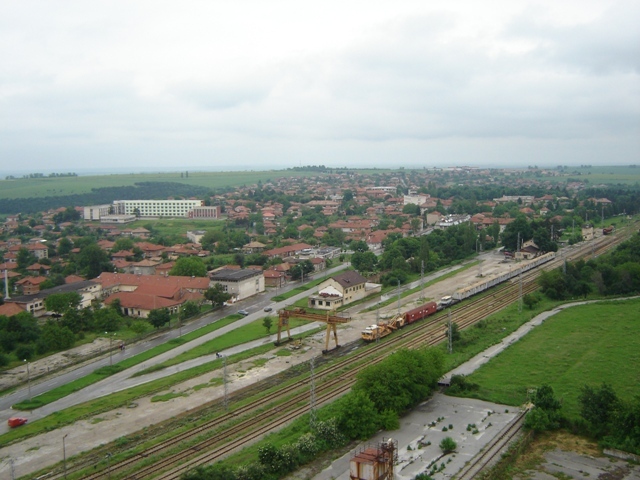 Municipality of Dve Mogili is located in Northern Bulgaria and is one of the constituent municipalities of District of Ruse.

A transport scheme with good efficiency and coordination with rail transport operates in the municipality. Through the bus station, all bus lines connecting the district city are coordinated, and through the railway station – the directions Ruse-Gorna Oryahovitsa and Ruse-Sofia.

On the territory of Municipality of Dve Mogili there are 2 municipal schools, 1 public school, 2 kindergartens, 11 local community centers and 12 churches.

The population in the municipality is about 9 382 inhabitants.

The main landmarks in the municipality are:

– “Orlova Chuka” Cave – 6 miles east of the town of Dve Mogili and only 1 mile north of the village of Pepelina in the rocky gorge of the Cherni Lom River. It is one of the most interesting caves in Bulgaria. Since 1963 it has been declared a natural landmark, and since 1978 it has been an archaeological monument of culture of national importance. The cave is formed in limestone deposited at the bottom of the former Sarmatian Sea. Cave galleries were shaped much later as a result of the karst processes that took place through the Quaternary. The found skeletons of bears, spearheads, flint scrapers, a tower, pieces of clay vessels from the Eneolithic Age, say that the cave was inhabited by man. There is a total length of the cave galleries – more than 8 438 miles. These figures make the cave second in length in Bulgaria after the Duhlata Cave. The cave is inhabited by about 10,000 batts. Near the Orlova Chuka cave there is a hut. The area is dotted with coniferous groves and beautiful meadows. It offers excellent conditions for rock climbing, orientation, green school, archery, horseback riding, interesting eco paths, BBQ conditions and more. There is a bar and a terrace with 70 seats next door;

– House Philip Totyu Museum in Dve Mogili – dedicated to the prominent figure of the Bulgarian National Liberation Movement. In the house in Dve Mogili, Philip Totyu spent the last years of his life after returning to Bulgaria after six years in a Romanian prison. In a separate room is an exhibition of personal belongings of Philip Totyu: clock, cane, rifle, cheetah flag and photographs and documents about his life and activity. In the other 3 rooms was restored the interior of an old Balkan house with original items from the time when the voivoda lived;

– In all the settlements of the municipality there are monuments related to the historical memory of the people and the perpetuation of the fighters’ heroism for freedom and independence;

– Cherven Fortress – Cherven is one of the most significant Bulgarian cities of the Second Bulgarian State. It is located near the village of Cherven. Cherven is an archaeological site with a significant contribution to the study of medieval Bulgarian culture. Completely preserved is a three-story fortress tower from the 14th century;

– Monastery of “St. Marina” – located only 1 mile southwest of the village of Karan Varbovka. The road is asphalted and passes through the village itself. The monastery was founded in the Second Bulgarian Kingdom, but at the fall of Bulgaria under Ottoman rule it was destroyed to the ground. Nowadays, the monastery is virgin and operating all year-round. To overnight it’s possible, but food is not available.