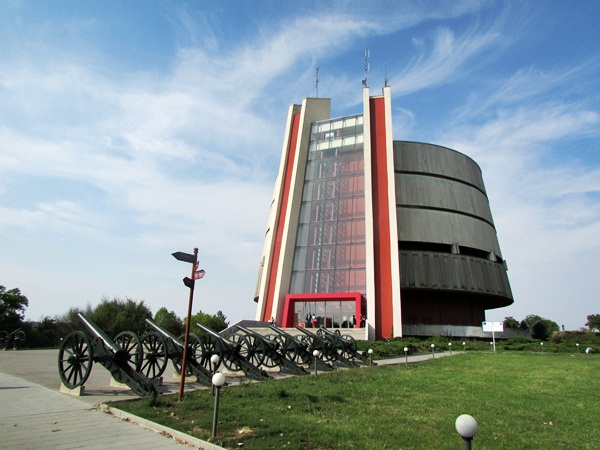 Pleven is the 7th most populous city in Bulgaria. Well known as a major economic centre of the Bulgarian Northwest and Central North and the 3rd largest city of Northern Bulgaria after Varna and Ruse. Located in the northern part of the country, it is the administrative centre of Pleven District, as well as of the subordinate Pleven Municipality.

Pleven is located in an agricultural region in the very heart of the Danubian Plain, the historical region of Moesia, surrounded by low limestone hills, the Pleven Heights. The city’s central location in Northern Bulgaria defines its importance as a big administrative, economic, political, cultural and transport centre. Pleven is located about 100 miles away from the capital City of Sofia, approximately 195 miles west of the Bulgarian Black Sea Coast and about 30 miles south of the Danube River. The River Vitflows near the town and the tiny Tuchenitsa River crosses it.

The Pleven Regional Historical Museum is a very popular tourist attraction while the Svetlin Rusev Donative Exhibition, situated in the former public baths, exhibits works by Bulgarian artists as well as noted Western European art figures like Pablo Picasso, Salvador Dali, Renato Guttuso and many others. The Ivan Radoev Dramatic Theatre is the centre of theatrical life in Pleven.

Pleven is often regarded as an important centre of sports in Bulgaria. The sports school in Pleven is thought of as one of the most prominent in the country. Pleven is also famous for its Kaylaka (where the ruins of the Storgosia fortification can be found) and Skobelev parks. The later is home to the Pleven Panorama and is situated on the original location of the battle during the Russo-Turkish War.

The District of Pleven is crossed from south to north by the Rivers Iskar, Vit and Osam (in west-east order); the river valleys are separated by limestone plateaus.