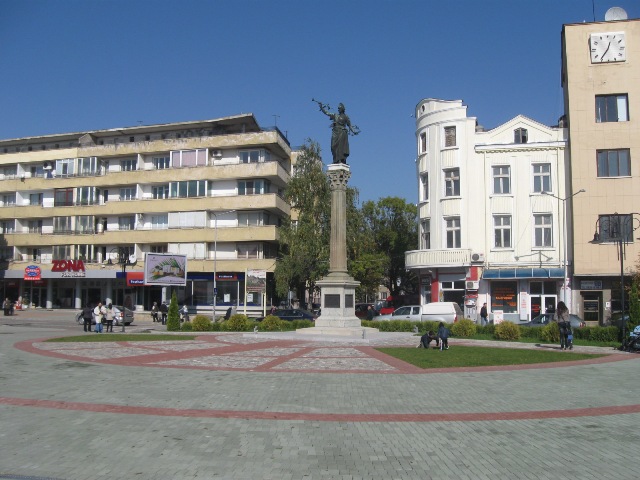 Sevlievo Municipality is one of the most developed ones in Bulgaria. There are several leading metal-working companies, firms working in the field of wood-processing as well as companies for the food industry are located in town.

The town has excellent transport links to important commercial and cultural centers like Veliko Tarnovo, Gabrovo and Pleven. The Central Bus Station in Sevlievo is the link where buses arrive and depart throughout the country.

Sevlievo provides excellent opportunities for tourism: the town has many landmarks that attract tourists all year round. 2 miles west is situated Alexander Stamboliyski dam lake which, with its length of 14 miles, provides all opportunities for sailing, rowing and water sports, fishing, beach.

Sevlievo hosts both national and international festivals and celebrations, such as International Band Festival and the traditional Festival of the story. Each year, the town holds a freestyle wrestling tournament in memory of Dan Kolov.

The town is also a home to a Pumpkin Museum, honouring this delicious plant. Pumpkins are commonly used in the Bulgarian kitchen and particularly in Sevlievo, which is also known as The Pumpkin Capital and hosts a Pumpkin Festival annually in October, with its first edition taking place back in 2006. The programme of the festival traditionally includes fun and diverse pumpkin-related activities, such as an outdoor pumpkin carving, a gastronomy exhibition, concerts, pumpkin competition, as well as a “pumpkin party”—a concert with the participation of local and visiting bands in the town’s square.

Medieval City “Hotalich” – located on the hill (Krushevski hill) on the north side of town. It was discovered by chance in 70’s of the last century. After excavation of archaeologists have discovered several medieval towns on top of one another. There are found also several churches from different eras, which are located at both ends of the medieval city.

Historical Museum Hadzhistoyanov School was built in the period 1844-1845, with funds by the patriot Hadzhi Stoyan Nikolov. He was the first secular schools in Sevlievo, and one of the top ten schools built in Bulgaria before The Liberation.

Ethnographic complex Dandolov home – the complex is located nearly in the center of town. It consists of three houses with a common courtyard, each of houses is the gateway to the courtyard and exit into the street. After restoration in 1973 the complex was turned into a Museum of Sevlievo ethnographic heritage. The complex is common to host exhibitions and other social events.

Sevlievo Clock Tower was built in 1777. It is one of the cultural monuments of the town that can not be forgotten once you saw it. For years after its construction the tower has repeatedly been corrected and restored, but its appearance remains.

Motor range Sevlievo is located 5 miles from the town and has become an international arena for conducting motorcycle races at the highest level for the past 10 years.