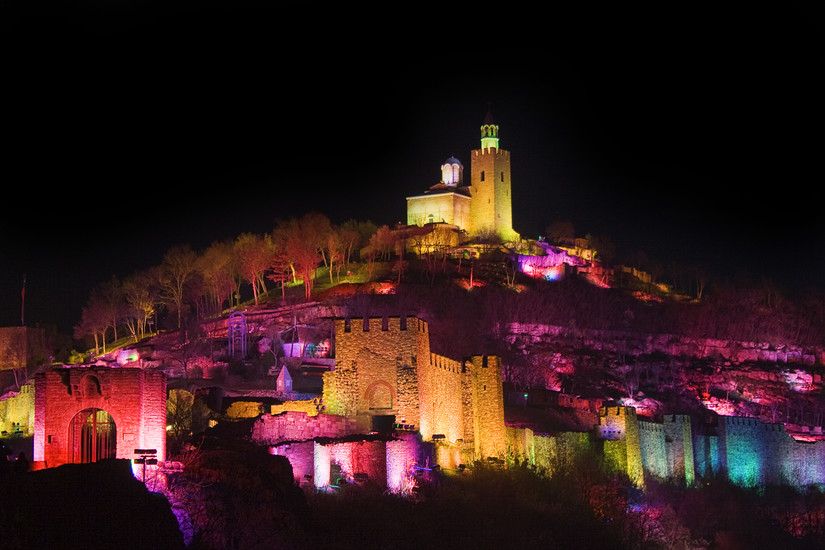 The Historical Veliko Tarnovo, located on the famous Yantra River (the 3rd longest Bulgarian tributary of the Danube River) is one of the most popular destinations among tourists in Bulgaria.

Situated at the foot of Stara Planina Mountains in North Central Bulgaria, it attracts many tourists due to its unique architecture and history. 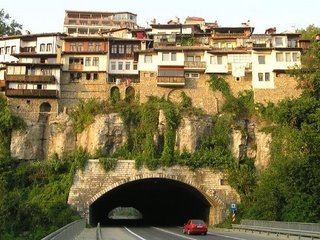 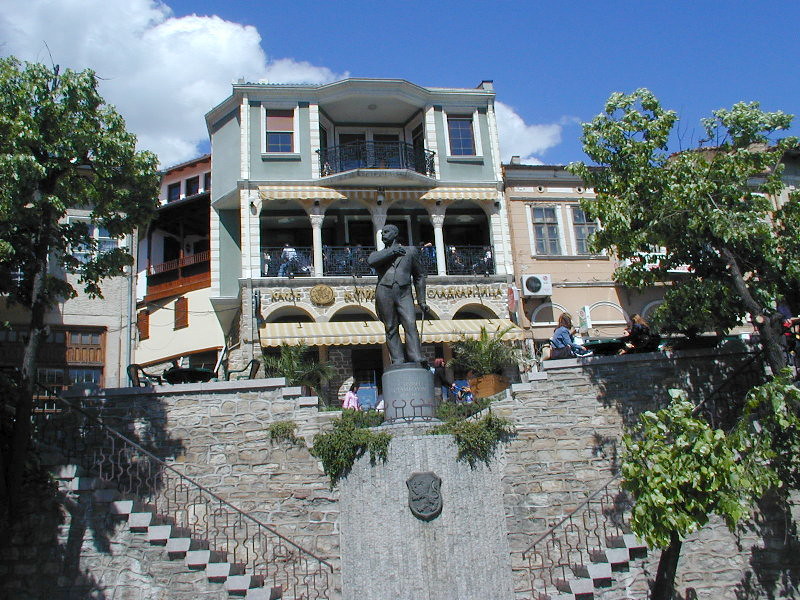 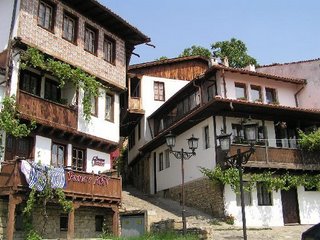 Often referred to as the “City of the Tsars”, Veliko Tarnovo was capital of the Second Bulgarian Kingdom in the Medieval Era when it became a force to reckon with.

Probably the most popular tourist attraction, which is not only an iconic landmark and the symbol of the city of Veliko Tarnovo but also one of Bulgaria’s most beloved heritage sites, is the Tsarevets Fortress. Dominating the entire skyline of Veliko Tarnovo, Tsarevets is a medieval stronghold located on a hill with the same name. It served as the Second Bulgarian Empire’s primary fortress and strongest bulwark between 1185 and 1393, housing the royal and the patriarchal palaces.

The fortress is also famous for the Sound and Light audiovisual show that has been organised there since 1985. The audiovisual show is an attraction carried out in the evening that uses three lasers, variegated lights, dramatic music and church bells to tell the story of the fall of Tarnovo to the Ottomans, as well as other key moments of the history of Bulgaria.

Situated to the north-west of the Tsarevets Fortress is the hill of Trapezitsa, which used to be the fortified quarter of the capital city of Tarnovgrad. Naturally protected by high cliffs, Trapezitsa had solid fortification walls following the uneven cliff edge. It is about 80 decares in size. Parts of the defense system of the fortress, a military complex and 18 churches were localised during archaeological excavation, which continues to be carried out today.

The interactive display in the newly set up Trapezitsa Architectural Heritage Centre and Museum shows the splendour of the capital city of Tarnovgrad and the Second Bulgarian Kingdom and visitors can learn more about the customs and daily life of both the nobility and ordinary people during that time.

Another place to explore in the city where you can feel its true spirit is the Samovodska Charshiya Complex, situated in the Old Town. This was the place where in the 19th century, farmers and artisans from the village of Samovodene came to sell their goods. The area, also known as the Crafts Street, underwent serious restoration in the mid-1980s to recreate the bustling marketplace of the early 20th century. In the beautifully renovated houses from the pre- and post-liberation period, visitors can find workshops for pottery, weapons, copper working, wood carving, weaving, icon painting, Turkish sweets and a bakery.

Veliko Tarnovo might have ancient history but it also has modern and original bars, eateries and shops as well as the ultra modern Grand Central Mall (One of Bulgaria’s largest), with a multiplex cinema, shops, atrium and kids play area, there is definitely something for everyone in the mall alone. Veliko Tarnovo’s museums are varied and show the history of the ancient city as well as present some relics of the past.

If you want a different museum experience, you can visit The Museum of Illusions, a meeting place of science and entertainment where you can enjoy over 100 illusions, both optical and physical, such as holograms, 3D paintings, a levitating orb, an inverted room, an Ames room and more.

The closest ski resort is in “Uzana” (pics below), the geographic center of Bulgaria, located at about 28 miles from Veliko Tarnovo. There are several hotels in the resort which provide tourism opportunities and good conditions for relaxation among the quiet and calm atmosphere of the mountain throughout the year. The surrounding sites of Uzana are suitable for speleology and rock climbing. There are possibilities for cultural tourism in the region. In the nearby open-air “Ethnographic Museum Etara” people can learn more about Bulgarian crafts. The “Sokolski Monastery” is situated a few miles away from Uzana.

From its rich historical value, to its thriving modern nightlife and lush natural surroundings that provide many excellent opportunities for outdoor recreational activities,

Veliko Tarnovo offers you everything you could ever want for the perfect holiday or day out!! 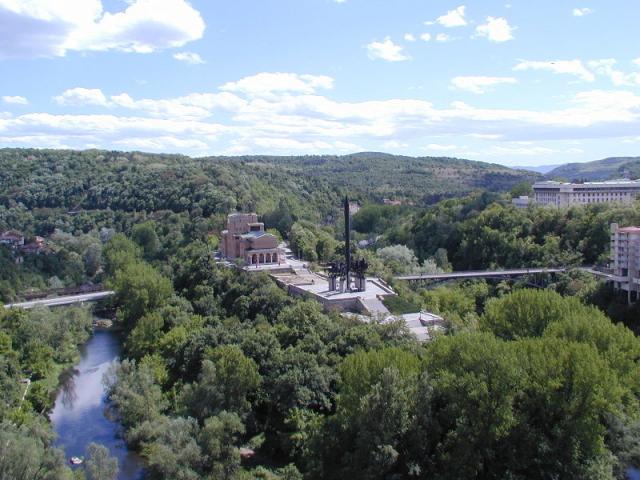 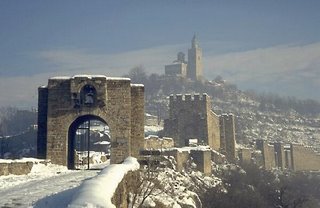