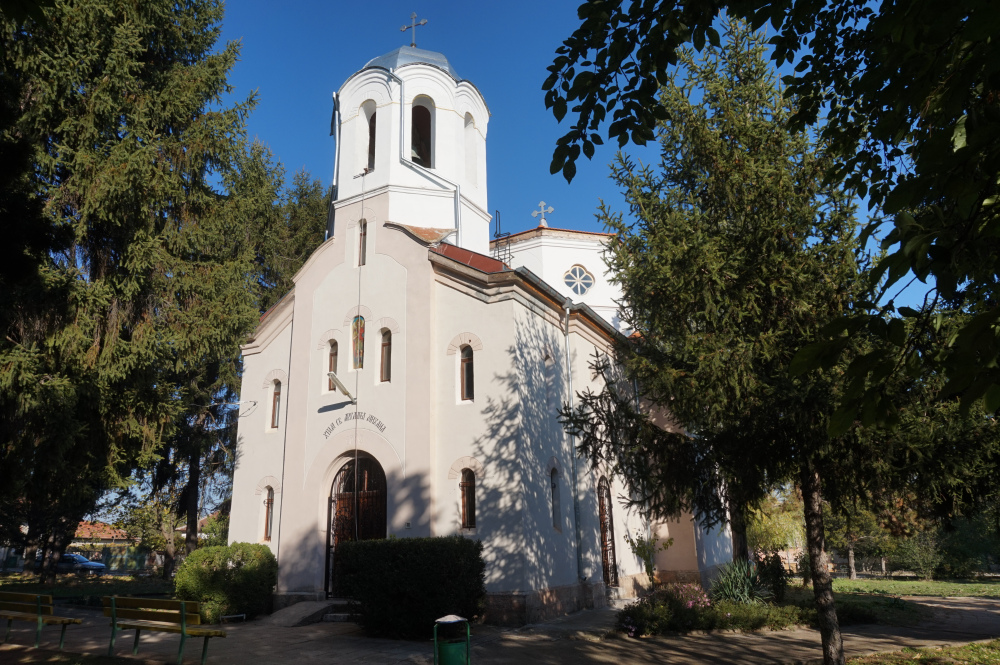 The village of Bregare is a village in northern Bulgaria. It is located in Municipality of Dolna Mitropolia, Pleven district.

The village of Bregare is 13 miles northwest of the municipal center of Dolna Mitropolia, 19 miles in the same direction from the regional center of Pleven and 25 miles southeast of the town of Oryahovo. It is situated on a flat bow along the left (western) shore of the Iskar River. Its land consists of about 21 000 acres of fields, meadows, pastures and vineyards and gardens. It borders on the east with the village of Orehovitsa, on the south – with Stavertsy, on the west – with Ostrov and Dolni Vadin and on the north with Krushovene.

Roman coins, ornaments and a tombstone were found in the village and its land. Today’s village of Bregare stretches over a cultural layer of a great medieval settlement and its necropolis.

At present, more than 600 people live in Bregare, mostly middle-aged and above average.

The “Expectation” monument on the square in the center of the village is made of white Vratza stone and depicts three upright female figures, symbolizing a mother, a sister and a wife, expecting a son, brother and husband to return from the front.

In 2017 a museum of the village was founded, built mainly by donations. It is located directly next to the Orthodox church “St. Archangel Michael “in the so-called” upper park “. On the south-eastern wall of the museum there is a memorial plaque with the names of the dead during the Balkan and World War.

Apart from the two churches (Orthodox and Catholic), Bregare has a school, a kindergarten, a community center and a health service that, like the churches, are not currently working.

Only 2 miles northeast of the center of the village of Bregare lies the Ancient Fortress Kaleto.