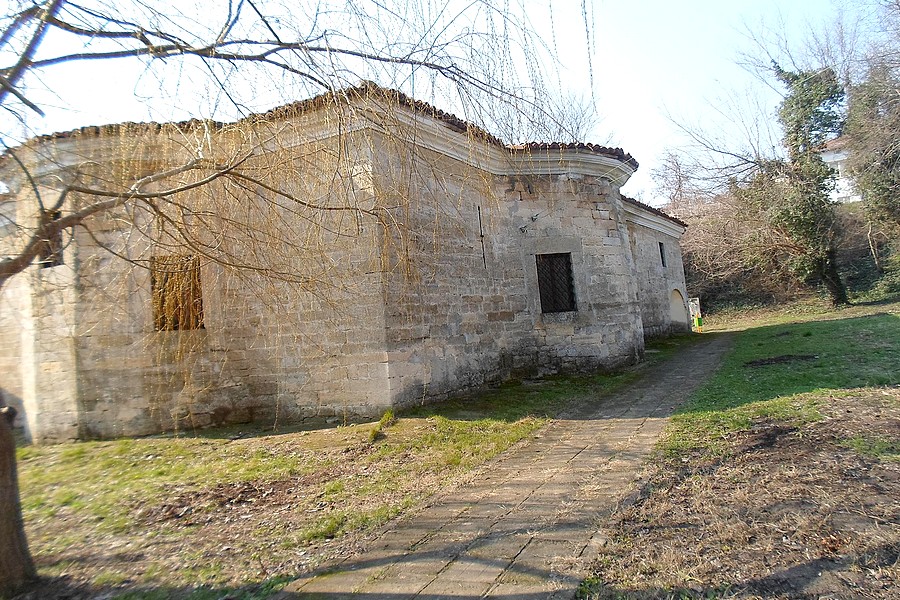 At the beginning the village numbered 10 families. Later in 1861 there are 200 houses in its territory. Today, the population of the village is about 875 people.

The village has its own primary school – “Hristo Botev”. It was established in 1856 and was awarded with the “Kiril and Metodiy” Order – first degree. It is currently functioning and teaching 65 children.

The “Kiril and Metodiy” Order – first degree was awarded to the community center “Svetlina-1905” – village of Karamanovo.

The village also has its own kindergarten “Radost”, opened in 1983.

In 1952 the hunting lodge was built, which also functions.

The village also has its Football Club. It bears the nickname of the great Bulgarian revolutionary Vasil Ivanov Kunchev-Levski! It was founded in 1946 and is a permanent participant in the Regional Football Group.

The church in the village of Karamanovo was built in the middle of the 19th century by a group of masters of Kolyu Ficheto, immediately after the completion of the bridge in the town of Byala. Viewed by bird’s eye view, the church looks like a cross.

On the territory of the village there is a town hall, а post office and shops. A general practitioner and a dentist take care of the health of the population. The nearest hospital is in the town of Svishtov.

There are many natural landmarks, caves, rock formations, historical monuments and more in the areas of the nearby settlements. An example of this is:

– Kolyu Ficheto Bridge over the Yantra River near the town of Byala;

– The numerous monuments in the town of Svishtov – “100th Anniversary of the Liberation”, the Monument of the Donors, the Monument Area and others;

In 2004 the book about the village – “Karamanovo – past, people, fates …” by the author Ginka Dimitrova – is released.