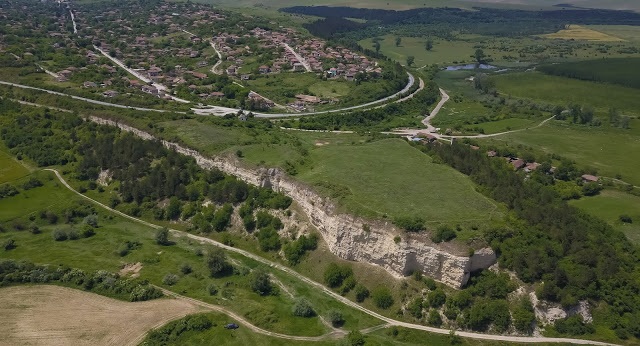 Polsko Kosovo is a village in North Bulgaria. It is located in the Municipality of Byala, District of Ruse.

There is bus and railway transport to the village.

The village has a town hall, a community center, a primary school, a kindergarten, a church, health service and shops.

The population is approximately 1623 people.

The village is located along the Yantra River. It is located on two hills and a valley with east-west direction. The two hills and the valley end at the west bank of the river. The southern hill ends to the east with a rock formation, at the foot of which the river flowed. Historians’ research shows that an old Roman fortress existed on this rock formation. The rock formation was detached from the main hill at the time when the railway line was laid – where the railway station is now.

Late antique and medieval fortress “Hisarlaka” or “Kanarata” is located at the eastern end of the village of Polsko Kosovo. The fortress is located behind the station “Polsko Kosovo”, 20-30 meters to the right of the main road Veliko Tarnovo-Ruse. It is located on a high rocky promontory on the left bank of the Yantra River. From the north, east and south the walls of the cape are vertical. Only from the west through a narrow hill it connected with the “Strahilovsko” hill, where the entrance was from. Curiously, there are two fortifications on the cape separated by a moat. The fortress was actively inhabited throughout the Middle Ages.

The picturesque banks of the Yantra River provide great opportunities for recreation, fishing and kayaking.